PHIL WILLMOTT directs Dion Boucicault’s AFTER DARK at The Finborough 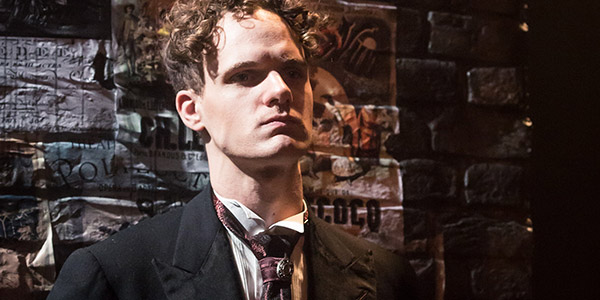 The first production in over 120 years of AFTER DARK; OR, A DRAMA OF LONDON LIFE by Dion Boucicault is on at the Finborough until 6 July, directed by Phil Willmott.

“It’s hardly the place to take a gentleman. The night- birds of London roost there…”

The new underground railway is a thing of wonder, the early Salvation Army shines a light on the grinding poverty of the East End, and high and low-lifes frequent gambling dens and revel in the illicit sex of the music halls.

As one would expect from any Willmott production the staging of the piece is absolutely superb. He really is one of the unsung heroes of British Theatre. London Pub Theatres

Considering the size of the space Willmott’s dynamic staging managed to create not only the river Thames but a speeding train hurtling into the audience. Hugely effective. London Box Office