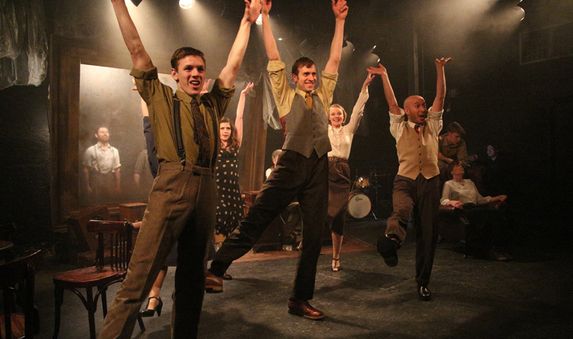 Prominently featuring a romance between Addison and an idealistic young male artist Road Show also includes Sondheim’s first openly gay characters and one of his most haunting love songs, notably sung by one man to another.

Road Show is the latest production in the Union’s long association with the musicals of Stephen Sondheim. It is director, Phil Willmott’s first production of the celebrated composer/lyricists work following an acclaimed revival of Finian’s Rainbow which transferred to central London and the transfer from Liverpool Playhouse of his own musical Once Upon a Time at the Adelphi.