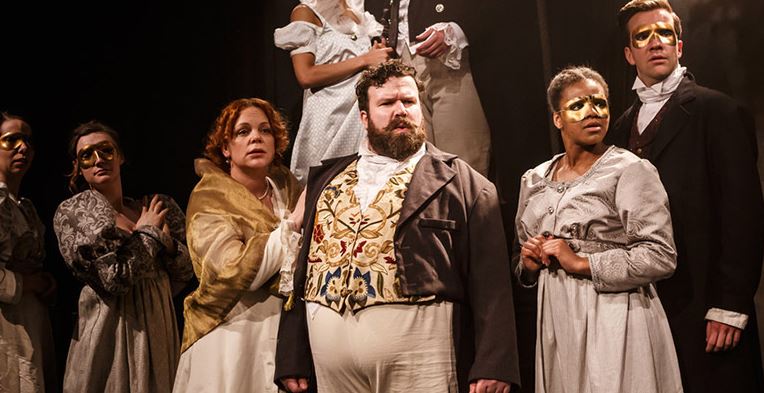 Princess Caraboo, a new musical by Phil Willmott, has had its world premiere at the Finborough Theatre – for more information click here.

The extraordinary true story of a beautiful young woman who tricked her way from vagrancy to wealth and power in Regency England by pretending to be a shipwrecked Princess.

Maintaining the deception becomes imperative as the stakes get higher and higher and what begins as a desperate ploy by a petty criminal to evade the law escalates into a national scandal threatening to ruin anyone whose compassion, lust or ambition has blinded them to the truth.

As ‘Princess Caraboo’ becomes the superstar of her day she discovers the price to be paid for living a lie and the cost of drawing the man she loves into her deceit.

We all of us tell little lies; to make life run smoother, to land the perfect job, to win and keep the ones we love. This entertaining, glamorous and romantic story invites us all to consider the impact of life’s embellishments in defining who we really are and who we would like to be.