Skip to content
ROB KINSMAN’s short screenplay has been selected for production by BBC Studios Drama series THE BREAK. 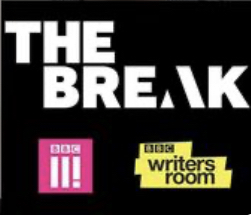 ROB KINSMAN’s screenplay BFF will be one of 5 shorts to make up THE BREAK series, a collaboration between BBC Writersroom, BBC Studios and BBC Three.

BFF, is about a teenage girl who has become distant from her friends following a car accident that had left her as a wheelchair user, and has developed an attachment with an ‘augmented reality’ pet monster on her phone. Turnip is a flatulent goblin but he’s also Katie Cartwright’s only friend. She’s in trouble.