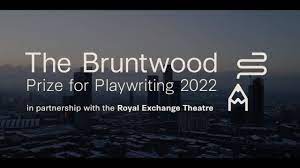 “I don’t really want to offer empty hope. I want to say here is what it’s like. When we’re not pretending”

M is trying to write a play…about motherhood. About what it’s like to carry another human inside of you. About giving birth. About feeling lost. About feeling more alive than ever. It’s honest. It’s exactly what she wants to write, right now, in this moment. But in the 21Century it’s not sexy to ‘just’ be a mum – everyone wants MORE, more sass, more vibrancy, more sex (less f**king) more substance! Motherhood, well it’s just not radical is it?

(the) Woman follows M, who is trying to write a play about motherhood, but in the 21st Century it is not sexy to be ‘just’ a mum.

In 2021, Jane was nominated by Nottingham Playhouse and selected for Sphinx 30, a brand new writers’ development course for female playwrights.

All the Little Lights was nominated Best Play at the 2017 Writers’ Guild of Great Britain Awards and 2017 OFFIES; it was joint winner of the 2016 George Devine Award for Most Promising Playwright and won BEST PLAY at the Camden Fringe as part of the OFFIES 2019. The play is published by Nick Hern Books. Jane received a bursary from the Peggy Ramsay Foundation and was shortlisted for CBBC New Voices Initiative.

What inspired you to write this play?

A few years ago, when I was in the thick of a very difficult time with my children and giving absolutely everything to being a mum, my brother ran into an ex-boyfriend of mine from secondary school who said he’d seen me pushing a buggy in our hometown and had expected more of me than that. It made me really angry. I suppose that was the spark.

The play is about a writer who is trying to create work alongside being completely consumed by motherhood. It’s a howl, I think, maybe an inward scream that came from the depths of the first few years of motherhood, with a sick child, compounded by a global pandemic, feeling lonely and unsure about the future. It’s about how motherhood changes you but also changes how other people see you and how you are somehow meant to hide so much of who you are to be taken seriously and to progress and to be bankable, if you like. I was going under and I was looking around me and wondering why everyone else wasn’t. I was struggling to do all the things I was told I was supposed to do – like stop apologising, stop saying thank you, stop telling people I have children in case I never get any more work. I didn’t want to hide it. I wanted to scream it from the rooftops so people could help me and understand.

The play came from my guts. I couldn’t not write it. I had to heave it out of me to feel a bit better, I think. By February 2021, in the third lockdown, I was homeschooling again and I was starting to feel really strange and suffocated and like I was starting to lose my mind. I hadn’t written much at all for about three years at that stage but I’d been squirrelling away notes on my phone, voice notes when out for walks, lying in bed with sick children, in the middle of the night. And then it was like the whole thing was burning a hole in me. I wanted to say it out loud because I had never seen anyone say this stuff in a way that made sense to me or represented me. I was holding this play and I wanted it to be on right at that minute so I could hear someone scream it out while I took a big breath. I don’t feel like I’ve had enough oxygen for a few years now, if that makes sense.

Can you tell us a bit about your journey as a playwright?

I wrote my first play BONES in 2011 at the age of 30. It wasn’t a grand plan – it was the result of a two-day writing course I did with director Esther Richardson and playwright Amanda Whittington. Esther called me after the course and said she was interested in helping me develop a piece I had started on the course. A company called Fifth Word produced BONES and later took it to Edinburgh where it did really well. It was a weird time in my life when lots of things changed and I decided to quit my marketing job, move to the Isle of Wight to work as a waitress in a seaside restaurant and give writing a proper chance – I’d been given some funding to work on a new play based in the Isle of Wight, which is why I could make the move. I did a play with Menagerie Theatre and that got me an agent – Micheline Steinberg. She recommended me for the RADA Advances in Scriptwriting course with the brilliant Stephen Jeffreys – it was the most wonderful group of writers and Stephen was so kind and generous and supportive. I worked with Fifth Word again on a brand-new play called ALL THE LITTLE LIGHTS which won the George Devine Award in 2016, and I did two plays with Notts based company New Perspectives too. I’m not a prolific playwright. I had two children and I must admit they soak up almost all my emotional energy – in the best way – but I find it hard to clear my brain enough to focus on writing at this point in my life. As you can probably see, my approach does not make for a financially secure career.

What or who inspires you as a writer and why do you want to write for the stage?

I think Alice Birch is phenomenal. She’s so, so clever and her work always moves me. I still love Sarah Kane and I remember discovering her work in my 20s and feeling like it spoke to me in a way I hadn’t experienced before. I think Bryony Kimmings is incredibly clever in the way she subverts stuff and finds very unexpected ways of creating her stories and meaning. And I love Rash Dash – I think they are so smart. I absolutely love the work of Anna Jordan – I remember reading her Bruntwood Prize winning play Yen in bed and just shaking at how good it was. Since then, I have got to know her a bit and she is the kindest, most supportive person – she was such a brilliant support for writers through the pandemic and she gave so much, even though she had so much going on herself. Morgan Lloyd Malcolm is similarly supportive of other writers and another massive talent. So I am so happy to be aware of lots of brilliant women playwrights who are holding out a hand to others. We have lots of beautiful talent in Notts too. Emteaz Hussain and Mufaro Makubika are two of my favourites. Brilliant writers and just the kindest people to know in this lonely writing life.

Why the stage? I think the immediacy of it is exciting – the way you can comment on the world or something important to you and it can be spoken out loud in a space with other people there to hear it and react to it – although the process is rarely that fast when there’s money and programming involved. I loved how quickly Lucy Kirkwood’s Maryland was written and performed in response to a moment. That was inspiring. And then how it was made available for other companies. It’s scary too. It’s all scary. I find the world of theatre quite intimidating and tiring, I have to be honest. I wanted to put that into my play too because it affects my confidence and voice quite a lot.

What do you think about the Bruntwood Prize for Playwriting and, more specifically, the anonymity at the heart of the Prize?

The Bruntwood is like the stuff of legends to me. When I wrote my first play, and I was working in marketing, a colleague of mine showed me the Bruntwood website (I had never heard of it) and said “one day I’d love to see your name on this list.” I thought NO WAY will that ever happen. So I am bloody thrilled to be shortlisted and I NEVER expected it. The anonymity aspect is thrilling because it is literally anyone’s game. There is no hierarchy. You don’t need to be represented or recommended and readers come to your script with a completely open mind. I imagine they build a picture of the writer as they read and it must be very interesting to then find out the truth – that I am actually an old man from California writing about motherhood in regional UK.

How do you feel about being shortlisted?

I’m really happy to be shortlisted because it’s been a tough four years creatively and I feel like I need to emerge from a hole again. And this is a nice little foothold in the earth to help me climb out. I also really want to win because I would love to put our heating on over Christmas. For the kids, y’know?