Skip to content
A LIFE IN 16 FILMS: HOW CINEMA MADE A PLAYWRIGHT by STEVE WATERS, published by Bloomsbury Methuen Drama 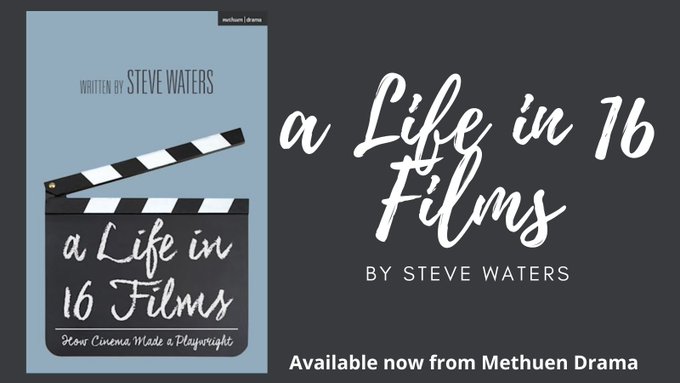 Congratulations to STEVE WATERS on the publication of A LIFE IN 16 FILMS: HOW CINEMA MADE A PLAYWRIGHT.

With its wry nod to Stanislavski’s My Life in Art, Steve Waters examines how the very idea of film has defined him as a playwright and a person. Through the lens of cinema, it provides a cultural and political snapshot of life in Britain from the second part of the 20th century up to the present day.

Through films spanning almost a century, starting with (1929) and moving most recently to (2019), each chapter examines aspects of Waters’s journey from his working-class Midlands upbringing to working in professional theatre to living through the Covid epidemic, through the prism of a particular film.

From Wizard of Oz to Code Unknown, from sci-fi to documentary, from queer cinema to world cinema, this honest, comic book offers a view of film as a way of thinking about how we live. In doing so, it illuminates culture and politics in the UK over half a century and provides an intimate insight into drama and writing.