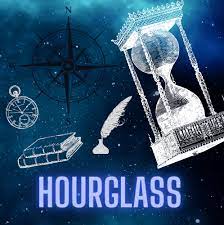 The Musical Theatre Performance Company is very proud to present the World Premiere of this brand-new British Musical as the fifth instalment of the New Musical Summer Project.

With music by Rebecca Applin and book and lyrics by SUSANNAH PEARSE, HOURGLASS tells the story of the mysterious Navigator, destined to live out her life among the stars, keeping every ship that ever sailed throughout time and space on course and on time. One day, she becomes distracted by The Mayflower, sailing from Southampton in 1620, and sets a series of misadventures in motion, which only she can put right. Taking in Jules Verne and Lewis Carroll along the way, HOURGLASS is a brand-new musical, combining historical fact with fantastical fiction, filled with mystery and humour celebrating the power of courage and hope.

HOURGLASS was originally commissioned by the Mayflower Theatre in Southampton but due to COVID-19 was never produced. Rebecca and Susannah are delighted that the show is receiving its world premiere with the Musical Theatre Performance Company at University of Chichester Conservatoire!