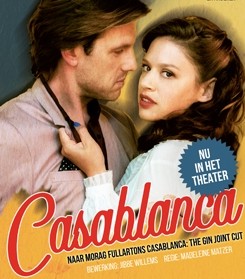 The performance will premiere in Den Bosch on Saturday 16 March and then tour until the end of June. For more dates and venues, click here.

Permission for the use of extracts from CASABLANCA granted by Warner Bros. Entertainment Inc.