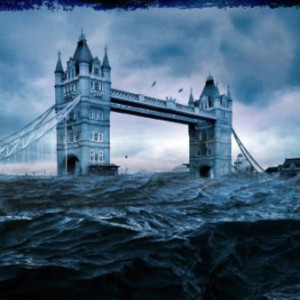 First staged in 2009, THE CONTINGENCY PLAN by STEVE WATERS was widely celebrated as theatre’s most successful attempt to date to grapple with mounting concern about climate change. Today, with the global emergency brought ever more sharply into focus, Steve updates the searing Whitehall thriller RESILIENCE and the touching family drama ON THE BEACH, to make this revival a compelling, up-to-the-minute response to the greatest challenge of our time. Caroline Steinbeis and Chelsea Walker bring these fearless, funny, frightening plays to the stage. One a witty and moving family drama, the other a thrilling political satire.

Each play stands alone – watch both and you’ll see another side of the story.

Freshly appointed as a scientific advisor, Will is in Westminster and he’s out of his depth. Surrounded by ministers manoeuvring to impress, and with the threat of environmental disaster, can he get them to listen before it’s too late? BOOK NOW for RESILIENCE.

Glaciologist Will has followed in his father’s footsteps, dedicating himself to studying climate change. Back from Antarctica he visits his parents on the Norfolk coast.

With catastrophic flooding growing more likely by the day, he has news that forces long-submerged secrets to rise to the surface.

BOOK NOW for ON THE BEACH.