Skip to content
THE LYING BITCH AND THE WARDROBE: written & directed by MORAG FULLARTON 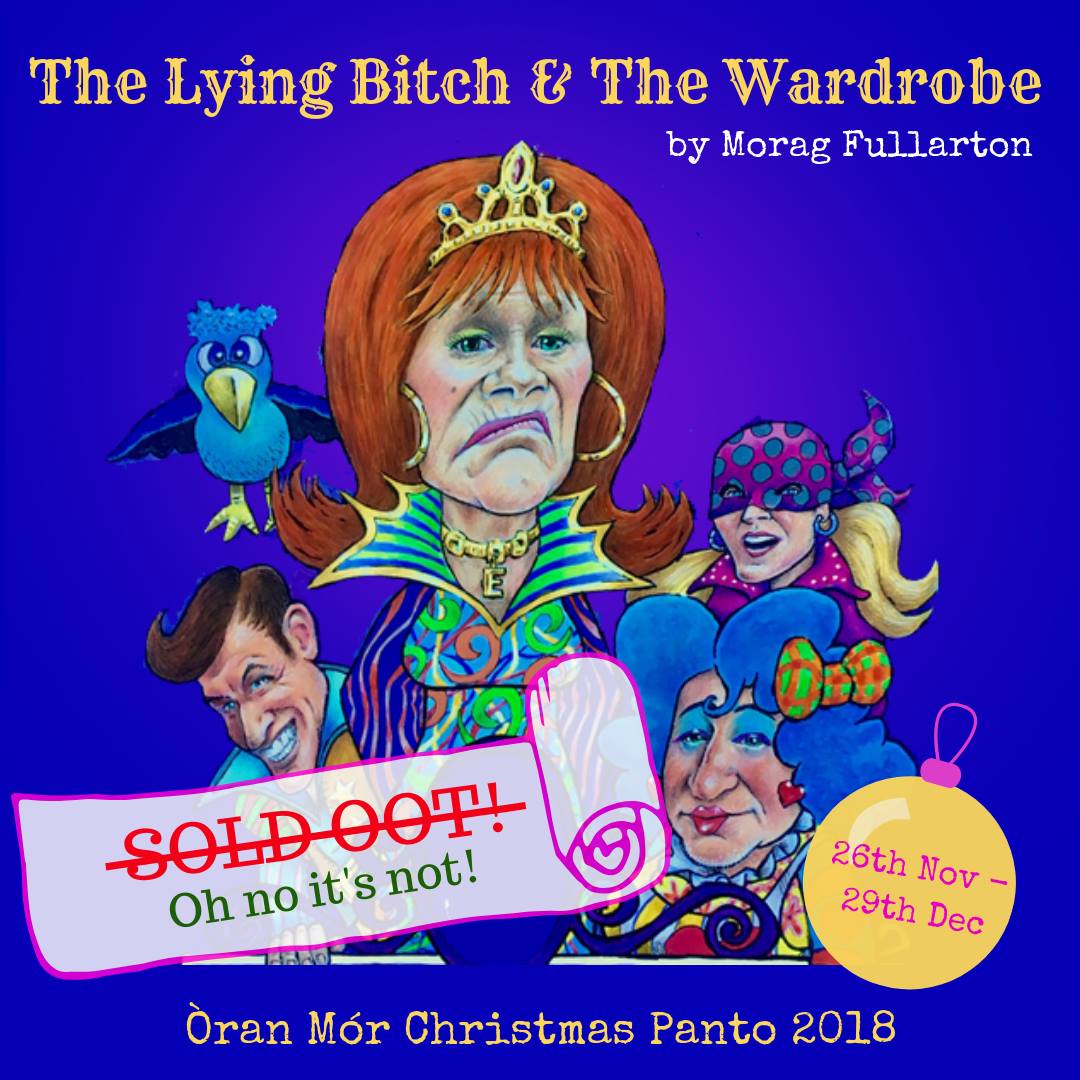 Òran Mór Christmas Panto 2018: The Lying Bitch and the Wardrobe

Please note ALL shows have now SOLD OUT

“Some are born great, some achieve greatness, and some are still poisoning door handles…”

Empress Evilyin has promised that the people of Escozia will live happily ever after, but no sooner is she elected than the sweet old dear turns into a power crazed despot, banning all manner of pleasures including, pies, tablet and, most fiendishly cruel of all… SINGING! And it’s the jile for anyone who disobeys, oh yes it is!

But the World is not Enough, she sets her sights on Handsome Jack, betrothed to Ravishing Rosie, and will stop at nothing till his pyjamas are next to her nightie. Enter Dame Beanie Bumpherton aka ‘the Human Jukebox’ and Zorra the Masked Singer: their mission – to discover Evilyins deep, dark secret (probably in her Wardrobe) and get her banished to Goolag Achiltibuie.