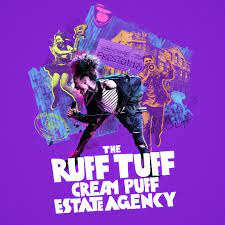 EVERYONE NEEDS A HOME – BUT SOMETIMES YOU HAVE TO BEND THE RULES TO GET ONE.

Co-Produced by Cardboard Citizens, Coventry UK City of Culture, and Belgrade Theatre.
Book and lyrics by SARAH WOODS, directed by Adrian Jackson, music by Boff Whalley, based on an original work by Heathcote Williams.

Based on a true story from the 1970s, this new musical tells the story of the creation of the world’s first ‘estate agency for squatters’ and the foundation of the nation of Frestonia. A heart-warming story of making community, DIY bands and radical activism, enlivened by a chorus of Coventry citizens who have experienced homelessness.

Directed by Cardboard Citizens’ founding Artistic Director, Adrian Jackson, it is based on an original story by the late activist, poet and playwright Heathcote Williams and adapted (book and lyrics) by Sarah Woods, with music by former lead guitarist of the ground-breaking collective Chumbawamba, Boff Whalley. The production will unite a professional cast with a chorus of Coventry citizens with lived experience of homelessness.

The Ruff Tuff Cream Puff Estate Agency and Cardboard Camps will fill The Belgrade with do-it-yourself positivity that shows that real change is really possible.