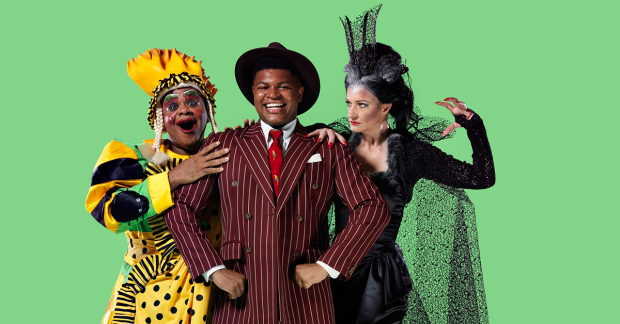 Christmas panto season is well and truly underway and the reviews are in for DICK WHITTINGTON at London’s Hackney Empire, directed by SUSIE MCKENNA

THE STAGE (5 stars)
McKenna’s 21st panto for Hackney Empire has it all: a star-studded cast, an incredible live band, sensational costumes (brava, Lotte Collett), and plenty of chutzpah. It’s got jokes – all the jokes – and it’s wrapped up with a message of hope and kindness. In short, it’s everything you need right now.

THE METRO (4 stars)
The Hackney Empire has for years set the bar by which other London pantos are judged. And this year their Dick, which creates just the right amount of smutty jokes from the hero’s first name, is right up there.

WHAT’S ON STAGE (4 stars)
It is easy to tell that Hackney Empire’s Dick Whittington and His Cat is the work of those who are extremely well-versed in the panto tradition. Since 1998, Susie McKenna has written and directed every festive offering at this venue with composer Steve Edis. Their production this year is clearly marked by a confident and playful expertise in the form: it knows its way around the audience’s hearts and minds, and offers a delightful, smoothly exuberant take on the classic Dick Whittington tale.